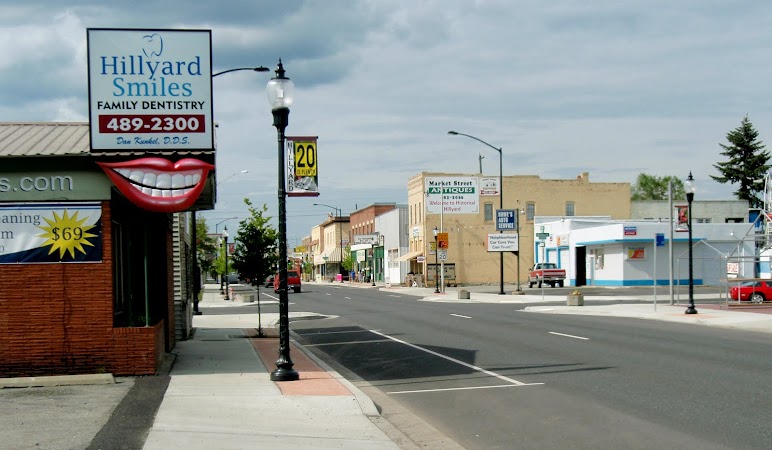 Hillyard, Washington was a town in Spokane County, Washington which existed as a separate town between 1892 and 1924.

The town came about due to the Great Northern Railway and was named for James J. Hill, then-head of the railroad. Between 1904 and 1912, many of the town’s houses were built, to house railroad workers working in the local yard. Hillyard was the home of the Great Northern’s famed shops where locomotives were manufactured, repaired, and refurbished. At the time, the Hillyard shop was the largest in the nation.

In 1924, Hillyard was officially annexed by neighboring Spokane.

Linda is a retired Realtor/Instructor in the state of Washington. The love of community and people has opened the door to seeing her surroundings with a freshness not shared by everyone. Hopefully, this collection of everyday places, events and people will bring joy to others! Her husband, Everett will participate in the "hunt" for just the right captured moment in the beautiful Northwest.
View all posts by Linda Miller Sheets →
This entry was posted in Inspiring a Community and tagged Hillyard, railroad, spokane. Bookmark the permalink.